Like pretty much anything else, Facebook has its pros and cons. Facebook has made a huge impact on communication, especially between family members and friends. We share our thoughts, pictures, accomplishments, vacations and embarrassing stories. In short, part of our lives is on Facebook and can be accessed by a simple click of a mouse. These are all good things, right?

What we miss in this picture is that we’re the product that Facebook sells to its advertisers. These advertisers can target us in many different ways based on location, interests, work, and plenty other. However, there are some bad actors how use the data to manipulate our views and opinion.

As we learned last week, over 50 million Facebook users were affected by the Cambridge Analytica’s harvesting their data to target political advertising and manipulate voters. Facebook data was used by Cambridge Analytica to develop methods that it claimed could identify the personalities of individual American voters and influence their behavior. The firm’s so-called psychographic modeling underpinned its work for the Trump campaign in 2016.

In 2011 Facebook agreed to the settlement, known as a consent decree, after allegedly deceiving users over how much personal information they were sharing. This should have in theory protected our privacy, but it didn’t stop Cambridge Analytica. Roger McNamee, an early Facebook investor and ex-mentor to CEO Mark Zuckerberg, has spent a week attacking his former protégé and his company for harming users but, response from Facebook was simply that they are a platform and not responsible for how it’s being used.

All this begs a question, what should you do? How should we protect ourselves from being manipulated?

There is a multipronged approach you can take to protect yourself from data-harvesting apps and programs. That includes tools you can install in your browser and settings you can tweak on Facebook. Here’s a run down of what you could do: 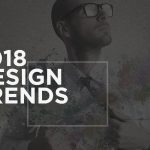 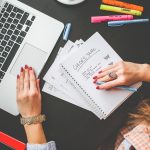 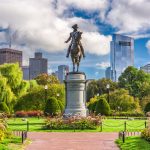 Benefits of Working with a Digital Marketing Agency During the Crisis